As ICT and Computing underpins today’s modern lifestyle, it is essential that all pupils gain the confidence and ability that they need in this subject to prepare them for the challenge of a rapidly changing technological world. ICT and Computing at St. Andrew’s aims to enhance and extend children’s learning across the whole curriculum whilst developing motivation, creativity and problem-solving skills. As such, the School has fully embraced the new Computing curriculum.

The teaching of core productivity applications is still deemed to be very important at St. Andrew's however and so children within both KS1 and the beginning of KS2 are taught how to use word processors, spreadsheets and presentation software packages. Further practice and application of these skills is provided in other subject areas as the pupils’ progress through the school by way of guided project work. 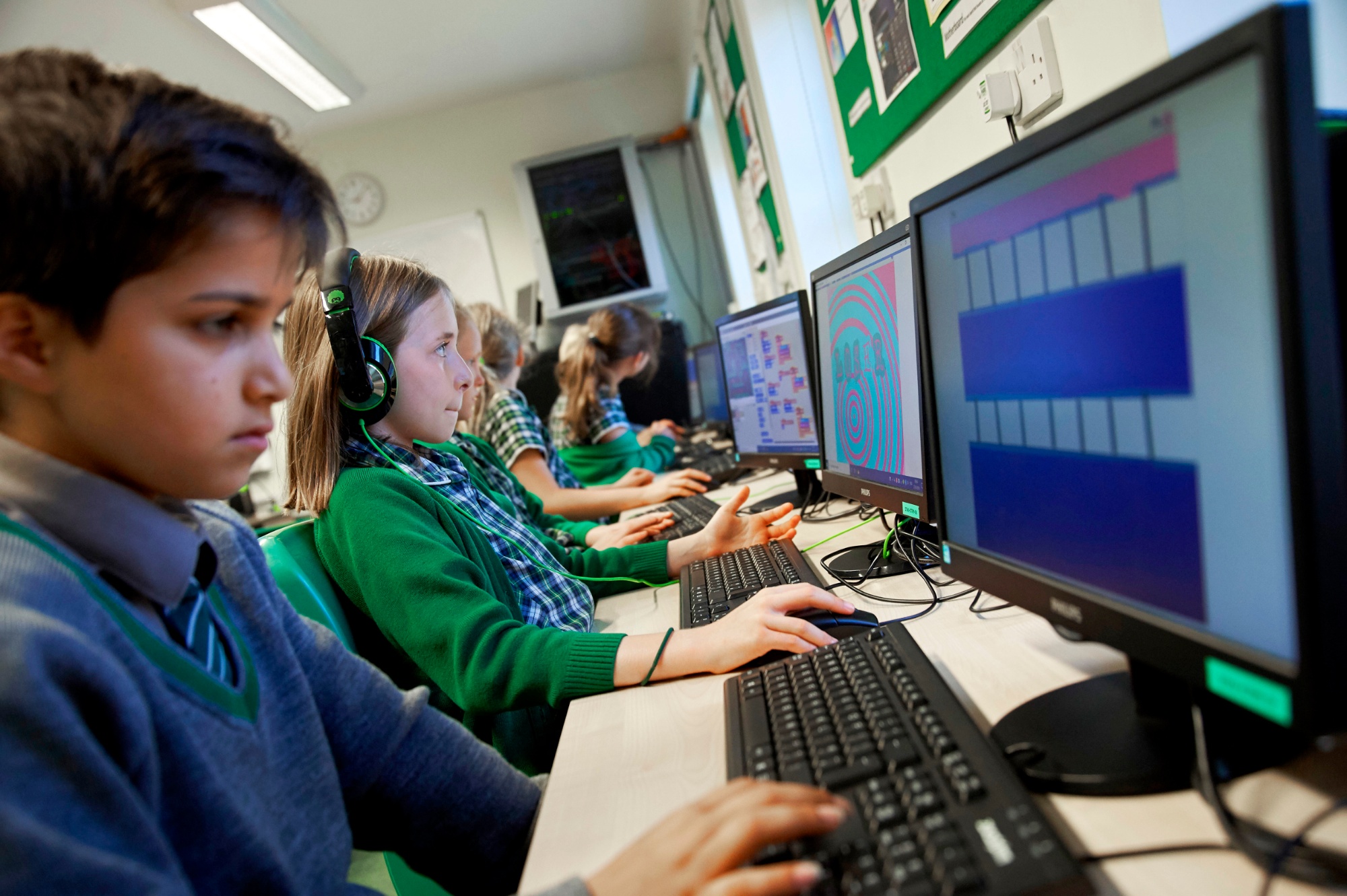 In addition to this, pupils in Year 1 and above will have a taught unit each year on Computer Science. The introduction of algorithms early on in the programme of study ensures that children are able to think a situation through in simple, logical steps and are able to express these in such a way that ensures there is no ambiguity in the meaning. Throughout KS1 and into the early part of KS2, this will also be reinforced with ‘coding’ lessons where the pupils will be introduced to loops, repeated instructions (iteration) and eventually pre-defined procedures (functions) using a variety of media.

In Year 5, Scratch - from MIT- is used as a vehicle for introducing variables, lists (arrays), conditionals (If...Then..) and Boolean (True/False) arguments.

These concepts are reinforced in Year 6 with BBC Microbit, which also introduces the concept of programmable micro-processors that will retain the code, even after loss of power, and which take advantage of various inputs and outputs on the device. An example would be to create a die that displays a random number between 1 and 6 when the device is shaken.

Year 7 pupils use Android App Inventor, again from MIT, to produce small applications for Android devices. Once written, these apps may be downloaded to any Android phone or tablet for use. Typical briefs are to produce an app for teaching nursery children their colours or an app that uses multiple screens, like a flowchart, to guide a user through a particular process or set of instructions. Pupils are able to exploit the full range of the devices sensors including the GPS, Text-to-Speech and accelerometer systems. 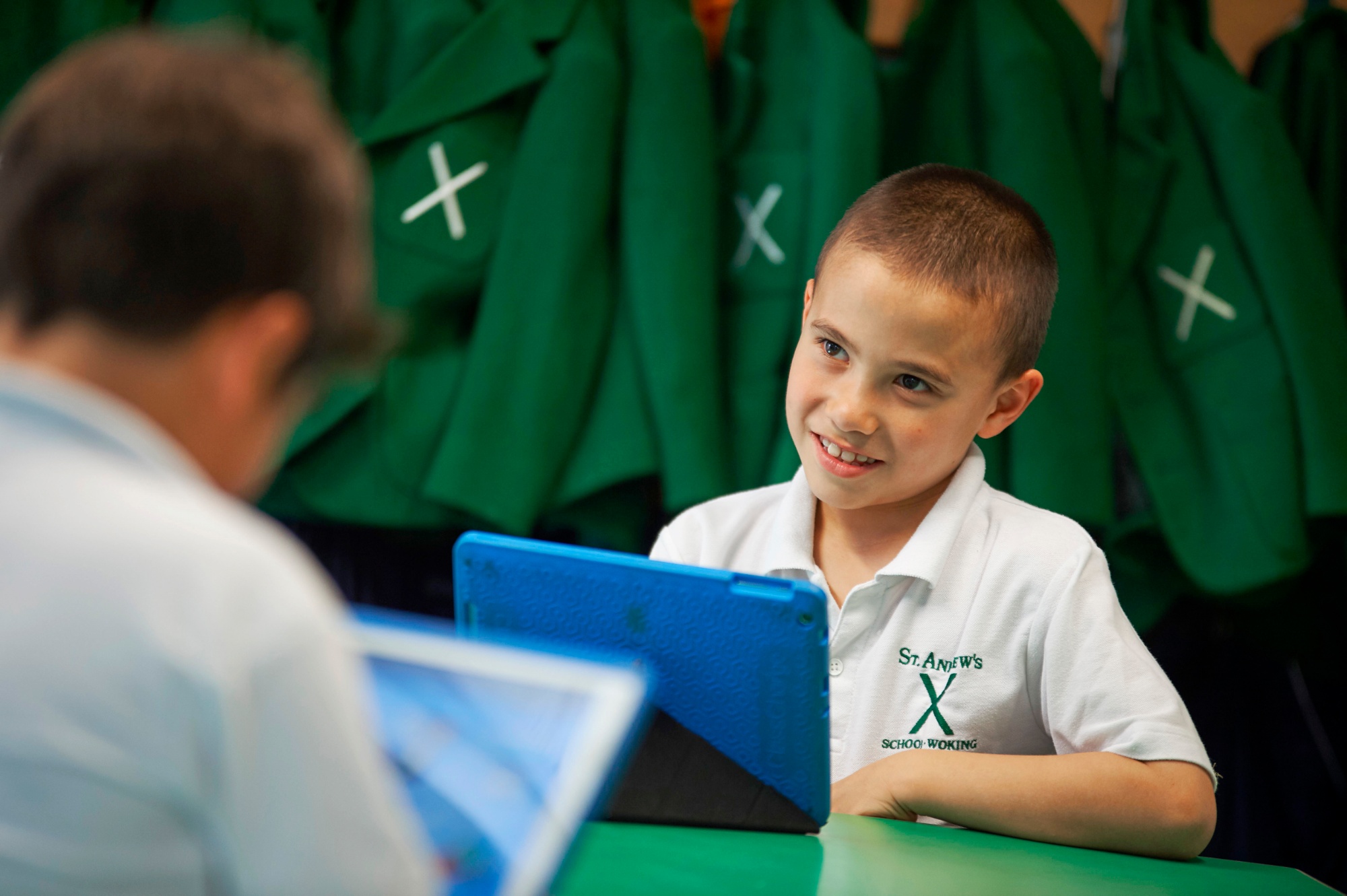 Year 8 build upon the previous two years and start to look at text based programming languages where they are introduced to Arduinos. Arduinos are small programmable micro-processors, similar to the Microbit, and are programmed in ‘C’. ‘C’ is typically the type of high level language still used extensively in industry for this type of device. Again, the pupils will add various sensors for input and output devices to the boards, thereby learning simple electronics too, before programming the device to perform a particular operation. This might be a controlled access function, say using RFID tags, or a simple burglar alarm using PIRs.

Throughout these years, all pupils will be given the chance to gain the skills necessary for breaking a large problem down into smaller, easy to achieve parts as well as how to logically problem solve (debug) a programme if it is not working correctly.

The ICT room contains 20 networked computers for pupils and one for the teacher. An interactive whiteboard is connected to the teacher’s computer. The computer suite is also equipped with a colour photocopier that also acts as a network printer and scanner.

The tools discussed - Scratch, the BBC Microbit emulator, MIT App Inventor and the Arduino IED - are totally free and available by clicking on the logos to the right. Scratch is a project of the Lifelong Kindergarten group at the MIT Media Lab.

Whilst remote learning, Year 7 have been using Microsoft MakeCode Arcade to produce their very own arcade style games. The code from these can be downloaded onto handheld consoles without the need for a PC. 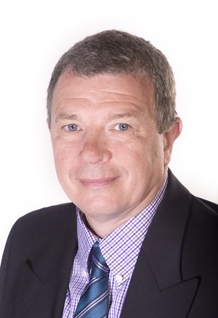 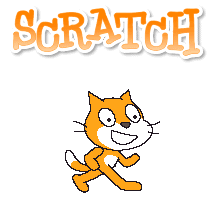